This past Christmas, Z gave me a mug she’d purchased on her (then) recent trip to Disney World.  She was the +1 on a family vacation.  The extra girl.  It was the joke that the family really never noticed they had one too many girls in their group.

Mary Poppins has always been one of my favorites.  I call her a super hero and Z would disagree with me at every turn.  She wasn’t a superhero, she was a time lord.  (Dr. Who?).  We’d discuss this topic on several occasions. Each of us taking our turn to out-point each other in the never ending debate.  Time Lord?  Super Hero?

The Christmas mug is more stein shaped than traditional shape.  White on the outside and pink on the inside.  It sits on four tiny feet.  It’s got raised flowers all over and subtle silhouettes of Mary Poppins.  The handle is shaped like the parrot end of Mary’s umbrella.

I love that mug.

On one of my trips to Gaylord, it got left behind accidentally.  I panicked looking around the house for it because it was gone.  I knew it would turn up eventually.  And it did, someone found it and made sure to deliver it back.

I used it so frequently that I ended up chipping the rim.  No big deal, really.  I can work around it.

When houses catch fire, or flood, or tornado, or any other force majeure catches hold of your life, the natural response is “things can be replaced, people can’t”.  Which is true.  But also, there are things that can’t be replaced.  Things that hold so much…energy(?).  Those things are the tangibles left for us to cherish. Those things cannot be replaced.

So, now, that mug can no longer be replaced.  By me or by Z. I still use it.  And I use it often.  It’s the mug she picked out because it represented our never-ending silliness.

I don’t really put it in the dishwasher.  I make sure it goes back into the cupboard, away from the edge.  Away from my regular drinkware.  I use it and she is close.  She’s right there, at Christmas, beaming with pride at her excellent mug choice.

I love that mug.

I am in a trap.  Everything she touched brings her close.  Grubby shoes?  close.  Water Bottle? close. Literal trash she left on her bedroom floor? close.  She’s so close.  So close I can almost feel it. So close.

I’m not alone in that trap.  Her *things* are now treasured goods.  Things that can’t be replaced.  Things that I can touch that we touched and we are, through space and time, maybe touching together.  Except I don’t know because I’m good at neither physics nor time lord antics.  Maybe Marry Poppins could help this situation.

I haven’t begun the task of repatriating her borrowed items to those they actually belong to.  I can’t bring myself to put those things into a box, into the post office, into the care of someone else.  Because the more things I have that she had, the closer I am to her.  And maybe we’re touching the same thing through some wibbly wobbly timey wimey thing.

Balancing emotional well being on a mug with a chip isn’t a good place to be, really.  0 stars.  Would not recommend.  Also, you can not borrow my mug. I will show it to you.  But only if we’re standing on carpet. 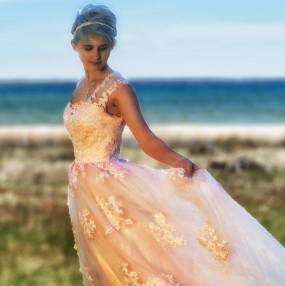